The previous time we worked a great deal of time in and around the bunker: For the complete report and photographs click on read more. Extended News

The previous weeks we worked a great deal in the bunker.
We started 4 July with replacing of old bulbs by new ledstrips.
These consume a geat deal less energy and give more light compared to normal glowingbulbs.
A camera system has been assembled so that there is a good overview of the surroundings visible.
These live-camera pictures come also on the Internet site so everyone can look in the bunker!
Paree have sponsored us.

We payed at lot of attention on cables so we could get them realy neat and funtioning well.
Last Sunday 18 July large maintenance had been planed to 20Meter beam on the bunker.
We lowered the antenna down and  repaired it.
Because  some elements has released themself on some points after the storms.
We also fixed many cables, connectors ect.

Unfortunately only few people could help so that we have to do it an other time.
Those who  came were (Jesse PE1RUI, Rob PE1KHX, and Pieter PD5EW)
For this reason they decided what bunker activities we could carry out.

We have gone further along with the fixing of the lighting and , the camera systems.
The day has been concluded to be sociably and productive.
Below follow still some pictures of the activities of the Veron VLI crew. 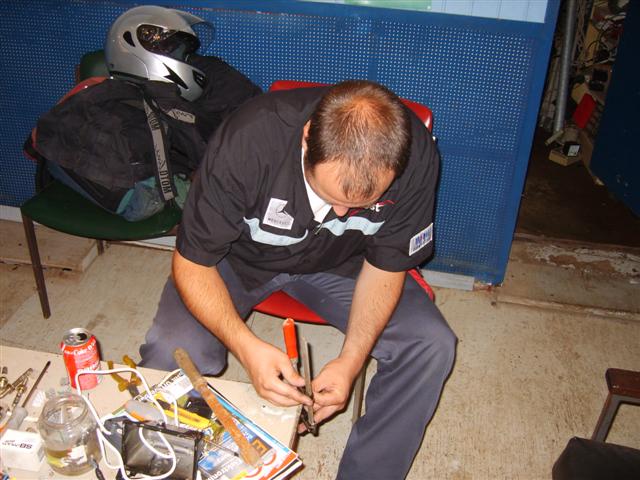 Jesse PE1RUI prepare the CCTV camera for assembly in the tower. To protect the camera against the direct circumstances these have been placed in a sacked housing of 300W halogeenbulb.

Rob PE1KHX fixing the new lighting in the engine compartment. 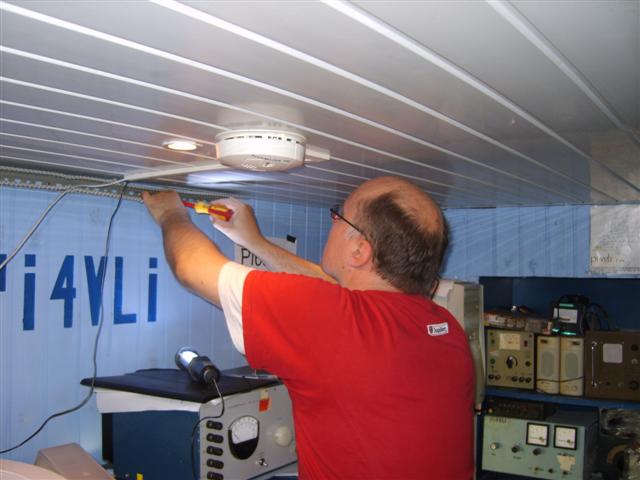 Evert assembles the cables in the shack 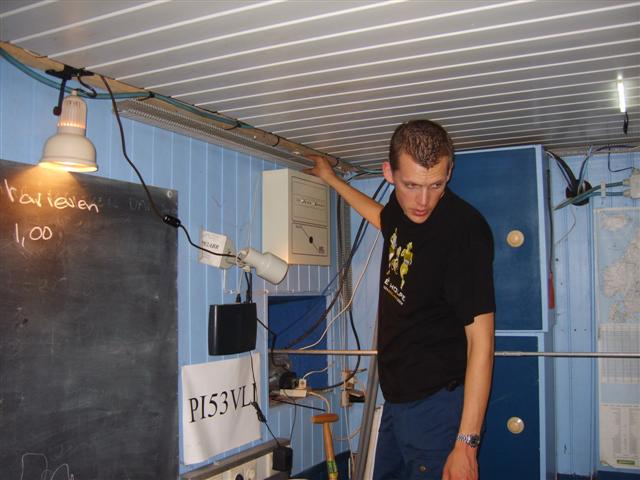 Pieter PD5EW working in the conversation area.
The cables were worked out of sight decently 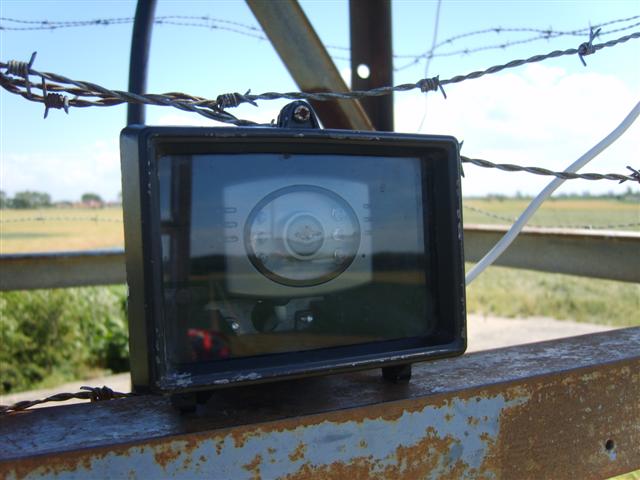 De CCTV camera ready to be placed in the tower. 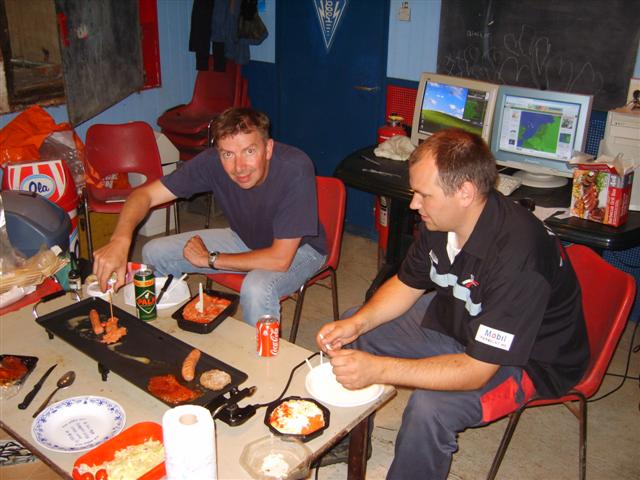 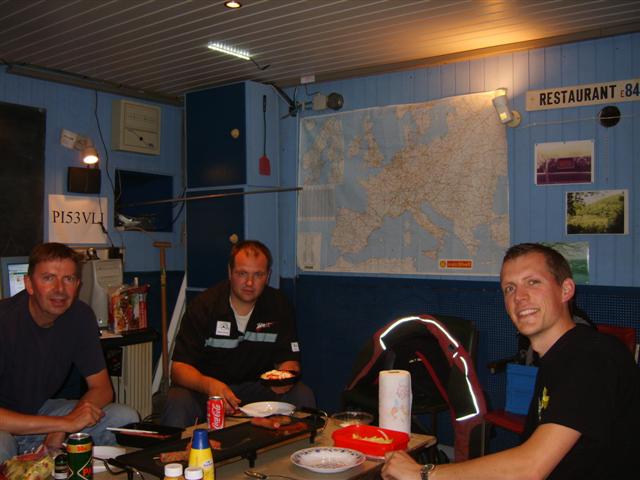